So, if you and your soon-to-be-former spouse agree on all points of the divorce, your divorce should go quickly. However, if you both have disputes over certain issues, it’s possible that the official dissolution of your marriage may be delayed.

Following are four top issues that can put the brakes on getting a quick divorce:

END_OF_DOCUMENT_TOKEN_TO_BE_REPLACED

It can be dangerous out on the roads, even more so for anyone riding a motorcycle. Without the protection of the frame of a car, motorcyclists simply face more danger than other motor vehicle operators. Not only are they relatively unprotected, but sometimes other drivers have trouble seeing them. This does not mean, however, that any injury to a motorcycle rider should be tolerated. It only means that those who drive should be more watchful and more careful. Anyone who crashes into a motorcycle should have a price to pay.

One person was listed in critical condition after his motorcycle crashed into another vehicle near West Sahara and South Hualapai Way.

According to a Metro officer, the call came in just before 8 in the morning for the accident. Reports say landscapers had to remove the vehicle from the motorcycle.

END_OF_DOCUMENT_TOKEN_TO_BE_REPLACED

Each person handles divorce differently. Some people welcome the news that they are finally able to get rid of their spouse. Others are devastated when they are hit with the news. It’s not uncommon for them to spiral into depression after coming to grips with the fact that their life partner wants to leave them. In a last-ditch effort to hold on to the marriage, these spouses might refuse to sign the divorce documents.

A spouse’s refusal to sign divorce papers does not prevent a divorce from occurring. A divorce proceeding starts as soon as plaintiffs (the spouses filing for divorce) serve their husbands or wives with a complaint for divorce at their last known address. When domestic violence is involved, it’s best to have someone else serve the divorce papers to the abusing spouse, rather than the plaintiff spouse serving the document in person.

END_OF_DOCUMENT_TOKEN_TO_BE_REPLACED

In America, there are people who lament the fact that society has become increasingly litigious, with people looking for frivolous reasons to file a lawsuit. Unfortunately, this belief is often based on partial truths and is the result of an organized campaign by big business or lobbyists obscuring true facts about injury cases.

Because of these misperceptions, it is common for those who are injured to be hesitant to file an injury lawsuit. This is especially true in circumstances where you were hurt by someone you know, like being injured by a fall at a friend’s house or by an accident as a passenger in a friend’s car.

The reality, however, is that you can and often should file an injury claim if someone hurts you. Accidents can cause serious damage that is very expensive to treat and that will affect you for the rest of your life. Someone needs to pay for the harm that you have experienced because of the accident and it should not be you.

END_OF_DOCUMENT_TOKEN_TO_BE_REPLACED

Personal injury lawsuits or civil lawsuits are distinct legal proceedings separate from criminal cases. While a criminal case is brought by a prosecutor and a defendant faces jail time or penalties for crimes against the state, civil lawsuits are brought by victims of negligence or wrongdoing. The purpose of a civil lawsuit for personal injury is for the victim to recover compensation from a person, a company or a government agency who was responsible for causing harm.

If you have been injured and want to obtain compensation through a personal injury lawsuit, there are specific steps that you need to take. An experienced attorney can guide you through the stages of your injury claim and help you to make informed choices throughout so you have the best chance of recovering full compensation for damages.

A personal injury lawsuit starts by filing a complaint. Clark County, Nevada provides information on how to initiate a lawsuit. You will need to set out the facts of your case and explain the legal grounds for your claim. The complaint must be filed with the right court and name all of the different defendants who you are taking legal action against.

END_OF_DOCUMENT_TOKEN_TO_BE_REPLACED 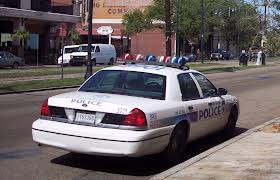 END_OF_DOCUMENT_TOKEN_TO_BE_REPLACED

If a person, company or government agency negligently or intentionally causes harm to someone, the person, company or agency has to pay for damages. In some cases, it is very clear who was responsible for an injury and the responsible party is 100 percent to blame. For example, if a company makes a car with defective brakes and a crash happens because the brakes don’t work, this is a case where the car company would be to blame.

In other instances, however, there is not just one cause of an injury. When a victim shares responsibility for the events leading up to the injuries, it becomes more complicated to determine who should pay for the damages.

Under traditional rules, if a plaintiff was even 1 percent responsible for his own injuries, he would not be allowed to obtain compensation. The legal doctrine that created this rule was called contributory negligence. This often had very unfair results, where a victim who made a small mistake could be deprived of compensation for serious injuries caused by someone else’s extreme recklessness or negligence.

END_OF_DOCUMENT_TOKEN_TO_BE_REPLACED 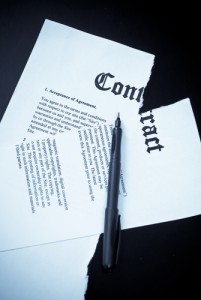 Hiring an attorney after an injury is one of the most important decisions you will need to make. Your lawyer will deal with the insurance company on your behalf, negotiate for a monetary settlement, investigate your claim and present your case to a judge or to a jury. If you feel your attorney is not able to provide you with the representation you need throughout this process, you may wish to change to a different lawyer. This is your right.

The American Bar Association provides information to clients on what to do if they are unhappy with their lawyer. When you decide on the best course of action, you need to consider whether you are actually unhappy with your attorney or whether your problem is with things that are outside of your lawyer’s control. Not every case is going to have the exact outcome you want, and there may be setbacks when making an injury claim.

If your lawyer is failing to provide skillful representation or if your attorney is not representing you in a way that you believe is appropriate, making a change may make sense. If your case simply experiences a setback, however, then you likely won’t want to change lawyers since the attorney that has been representing you may be better able to move forward with your claim.

END_OF_DOCUMENT_TOKEN_TO_BE_REPLACED 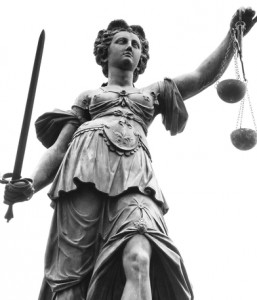 When you hire a personal injury lawyer, that attorney becomes your advocate and your representative throughout an injury claim. You need to trust that your lawyer will have your best interests at heart and will fight to get you full compensation under the law.

Not every attorney is equipped to handle personal injury cases, and lawyers have different styles of representing clients. In every case, however, you deserve to have a lawyer who is focused on helping you to make a successful case.

When to Hire a Personal Injury Attorney

The American Bar Association has set forth Rules of Professional Conduct that attorneys need to follow or else they risk being disbarred and no longer allowed to practice law. You can expect your attorney to, at a minimum, follow the basic guidelines that the ABA has set forth including:

END_OF_DOCUMENT_TOKEN_TO_BE_REPLACED 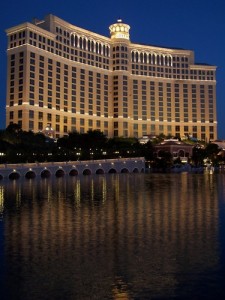