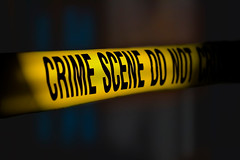 Some crimes are not even worth defending, in the eyes of some. In the eyes of the law, however, everyone gets a fair trial. Who the accused is does not matter, nor do the charges. The important thing to remember is that the defendant has the same rights as the accuser. A good attorney will make sure those rights are observed at all times.

According to authorities, a man lived in his Las Vegas home for several days with the bodies of his mother and sister, after he murdered them. It is still unknown why the 30-year-old defendant killed is family, North Las Vegas police said, but it appears the killings had happened some time before the bodies were found.

The 34-year-old sister of the accused and his 53-year-old mother were the subject of concern after friends and colleagues reported them missing. They had probably died on a Wednesday or Thursday, but the bodies were not found until the following Monday when police found an open back door and were able to enter the residence on Stibor Street.

Authorities had to investigate the scene for more than 14 hours before they were able to determine exactly what had happened. It was difficult to even ascertain the number of victims at first, because the bodies had been dismembered. The Clark County Coroner’s Office made more than one trip to collect the remains.

The suspect had already been arrested previously on Saturday, two days before the bodies were found. The police attempted to make a routine traffic stop and the suspect fled, taking police on a high-speed chase. Once caught, he was arrested on charges of driving while drunk along with 10 other misdemeanors.

He was later booked on murder charges. Police have yet to reveal what he said as the case is still under investigation. They do say, however, they do not know the motivation of the killer. Neighbors report the suspect as mentally unstable, with one even claiming he would look into the windows neighbors’ houses.

If you have been charged with a criminal offense of any kind, whether a misdemeanor or felony, you’re going to need someone knowledgeable in the law to represent you. We’re the people you need to ensure your side of the story is told. Call Hofland & Tomsheck today for a free consultation and let us help you preserve your rights.