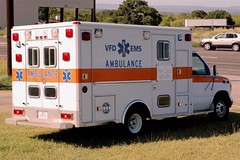 There is nothing more horrific than danger to our children. Unfortunately, those who act in a reckless and a careless manner are dangerous to everyone, regardless of age. Whether a drunk driver, or someone who speeds past a school zone, or just those who choose to ignore the laws that keep us all safe, these people owe those they injure proper compensation.

A car ran into a daycare in the Orlando, Florida area, killing one child and injuring 14 other people, 12 of them also children, according to authorities.

The local medical facility treating some of the injured, Arnold Palmer Hospital for Children, would not release information on the age and sex of the child who was killed, said a spokeswoman for the hospital.

She also said one of their patients was in critical condition and five others were in serious condition.

A spokesman for the Orange County Fire Rescue said there were a total of 13 people who were hospitalized.

A number of those injured from the daycare accident were in “very, very serious condition”, according to a spokeswoman for Florida Highway Patrol.

The FHP spokeswoman said the car which hit the building, a Toyota Solara, had gone out of control after a Dodge Durango ran into it. The collision caused the Solara to jump the curb and run straight through the wall of the daycare. The Solara driver was not hurt.

The Durango did not stop to see what had happened, but left the scene. It was found less than two hours later at a residence. Florida Highway Patrol is currently looking for the 26-year-old driver, who may have been trying to leave the area.

People who injure others through their recklessness owe a debt to those they injure. Our legal teams at Hofland & Tomsheck can help you in collecting that debt, if you have been victimized through someone else’s carelessness. Call us today and let us make sure you get the justice you deserve.