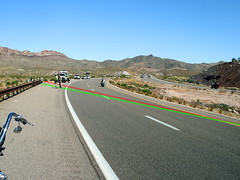 It is a tragic fact of accidents that they can occur at any time to anyone. It’s all the worse when those accidents could have been prevented by someone following simple safety regulations or through common sense. Restitution should always be required from those who cause accidents through willfully disregarding the safety of others.

A busload of low-income high school students, many of whom were hoping to be the first in their families to attend college, suffered a terrible accident. An explosive crash on the way from Los Angeles to a school in Northern California left 10 dead and dozens of others hospitalized.

It is still unknown why a FedEx big rig jumped the median into oncoming traffic and crashed head on into the bus full of students. Both vehicles burst into flame after colliding. Most of the survivors suffered injuries, including some with broken bones or critical burns. Those who got out of the bus did so through a kicked-out window.

Only some of the students managed to get out before explosions engulfed the vehicles in flames. Firefighters put out the fire, but by then there was nothing left by blackened, twisted wrecks. Bodies inside the bus were draped in blankets.

The drivers were both killed, as were three adults traveling with the students and five teenagers, according to reports from California Highway Patrol. According to rescuers, most of the bodies were at the front of the bus or outside on the ground in front of it.

A spokeswoman for FedEx said her company was cooperating with the investigation, as did the CEO of the bus company which was chartered by the college the students were going to visit. CHP and the National Transportation Safety Board are investigating, but they say it make take months to determine just why the FedEx truck swerved into that deadly accident.

If you or a loved one has been harmed in through the reckless or careless actions of another, call the offices of Hofland & Tomsheck today. We will do everything we can to bring your case to its best possible resolution.