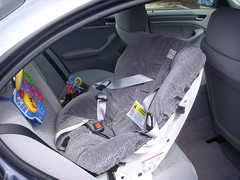 Laws passed by legislators usually have reasons, but those who enforce the laws always have to be careful they are enforcing more than just the letter of the law, or people who are undeserving of punishment can be very badly hurt. Even being charged can cause considerable harm to one’s personal life, which is why good legal representation is so important.

A woman in Phoenix, Arizona, was arrested for leaving her children in a car on a hot day during a job interview. She is currently fighting to clear the charges with the help of an ally in New Jersey who has raised more than $90,000 so far to help her legal defense.

The 35-year-old woman was unemployed and receiving assistance from the government when she got the opportunity for a job interview at an insurance company in Scottsdale. She was unable to find a babysitter prior to the interview, and so left her two children, 2 years old and 6 months old, in the car with the keys in the ignition and the windows rolled down an inch.

A passer-by found the 6-month-old infant crying and sweating – the temperature in the car was over 100 degrees at that point. Upon returning to her vehicle, the mother of the children was arrested.

The tearful mugshot later released by the media drew the attention of a 24-year-old woman living in New Jersey. This woman set up a web page to raise funds for the mother, sympathizing with the difficulties of trying to raise a family with few financial resources. She says she grew up in a poor family who had to struggle and sometimes made “not the greatest choices”.

The mother of the two small children pleaded not guilty when she was arraigned.

Prosecutors say it is too early to tell if she will receive a prison term or lose custody of her children. She may face only probation or she may face up to seven years in prison.

Everyone makes mistakes, but those most of the time, these mistakes should not equal years in prison. A good defense is necessary to make sure a momentary lapse doesn’t cause punishment that causes a lifetime.  Call Hofland & Tomsheck today for a free consultation and we’ll do everything we can to make sure your case reaches its best possible resolution.