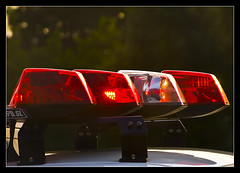 Now that spring has sprung the Las Vegas roadways will be filling up with more and more motorcycles.  After a long winter riders are anxious to break out their bikes and scooters to enjoy the nice weather.  That also means that more accidents will begin to be reported that involve motorcycles and scooters.  Unfortunately, it appears the trend has already begun this year.

The impact threw both riders from the scooter.  Both suffered critical injuries and were transported to University Medical Center for further evaluation of their injuries.

The driver of the vehicle failed a field sobriety test and was subsequently arrested for suspicion of driving under the influence.

Motorcycles and motor scooters are at a disadvantage to begin with due to their size when compared to a car.  Add a drunk driver to the mix and the result can be deadly.

The problem of drivers under the influence of alcohol is big.  In 2010, the Center for Disease Control reported 10,228 people lost their lives as a result of impaired driving crashes.  That accounts for nearly one-third of all traffic related deaths in the US.

The Center for Disease Control also reports that every day about 30 people in the US die as a result of accidents caused by a driver under the influence of drugs or alcohol.  The math makes that about one death every 48 minutes.

A victim of injury caused by an impaired driver, or in some cases, a victim’s family, may be eligible for compensation through a civil lawsuit.  The criminal court only deals with fines and punishment, a civil suit allows for a victim or family members to file a personal claim against the impaired driver for loss of income, medical bills, pain and suffering among other things.  Personal injury compensation is designed to try and make a victim whole again.

If you were injured in an accident, and feel someone else is to blame, call us for a free evaluation of your claim.  Hofland & Tomsheck are experienced litigators in complex cases and have successfully helped many plaintiffs receive compensation for the injuries sustained by a drunk driver.  Call us today.