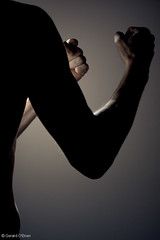 There are two sides to every story, especially when the law is involved. Often, the only people who know what happened in a given incident are those directly involved, and each of them may see the event in an entirely different way. This is one of many reasons why a good attorney who knows how to get to the truth and tell a client’s story before a judge or jury is so important when criminal charges have been issued.

A fight between three men has resulted in the death of one of them in a Carson City apartment.

According to the sheriff, the person who died passed away at a Reno hospital, where he was taken after the fight. His name and age were not immediately released to the press.

Two suspects have been arrested, 29 years of age and 27 years of age. These two were arrested before the third man died on suspicion of battery causing substantial bodily harm in connection with the fight.

If you or a loved one has been injured in an accident or through no fault of your own, it is your right to have your side of the story.  That is the time you need to have legal representation in court so your side can be told by a skilled and experienced lawyer. We can provide them for you at Hofland & Tomsheck. Let us see what we can do for you. Call us for a free consultation and legal analysis.  We will stand behind you every step of the way. Call today.