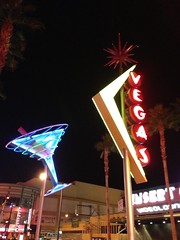 Legal matters can be very complicated in such a unique city as Las Vegas, especially when alcohol is involved. Even away from the famous Strip, officials need to be concerned about the easy access to alcohol, while retaining freedom for businesses to acquire liquor licenses and adults to purchase that liquor.

In an effort to expand the downtown district, Las Vegas has allowed a large number of liquor licenses over the last number of years, resulting in an explosion in the amount of bars and liquor stores in the area. Now the City Council is looking for ways to slow down the proliferation of these establishments, in an effort to make the district more family friendly.

So far, no action has been taken, but the City Council is still deciding how they want their downtown area to appear — the party atmosphere of New Orleans’s Bourbon Street, or the wider appeal of San Diego’s redeveloped Gaslamp Quarter.

Previously, the City Council has allowed the number of establishments that allow liquor to grow. Incentives were even offered to new taverns and lounges, in order to revitalize the downtown area. Today, there are more than 130  businesses  that have a liquor license in downtown Las Vegas.

There are a number of factors to consider and the City Council is preparing to look at all the options before them in April.

The presence of alcohol could be a good thing, but it can often cause problems, as well. If you or a loved one has been accused of DUI or other alcohol-related offences, you have an ally at Hofland & Tomsheck. We have experts in all types of law, including DUI defense, criminal defense, and personal injury. Call us for a free consultation and we will do everything within our power to bring your case to its best possible resolution.