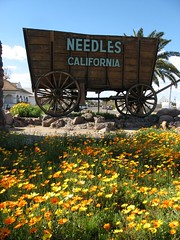 It was the good thing to do.  The neighborly thing to do.  Unfortunately, this man’s neighborly efforts resulted in his own death.  He crossed over from east to west to help a struggling motorist, but in the process he was hit by a southbound Honda Element.  The driver of the Element waited for police to arrive, and one can only hope that the person (or people) involved in the rollover crash were attended to, as well.  The man was sent to UMC Trauma center, but it was still not going to be a happy day.  He was pronounced dead upon arrival.

This makes the 14th traffic fatality in the LVMPD’s jurisdiction since the beginning of the year.  The accident itself is still being investigated, and one hopes that the final resolution is clear and accurate.

Most likely, there are a lot of questions that the family of the dead man have for the police and the others involved.  Who is ultimately at fault?  Who needs to pay for the medical bills, the pain and suffering, or any of it, for that matter?  As trained attorneys, we specialize in getting to the heart of matters like these every single day

Give us a call for your free consultation.