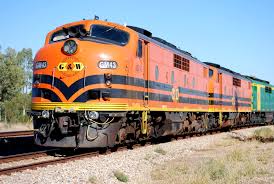 Gregg Allman’s life has been interesting. He’s been awarded many accolades, but is still no stranger to tragedy. He’s lost his brother and bandmate to vehicle crashes.  He’s been revered as one of the best musicians in southern rock. A train crash that happened in the outskirts of Savannah is just another chapter, although a sad one.

Crews were working on the production of “Midnight Rider,” a film based on Gregg Allman’s biography, “My Cross to Bear.”  They were using land that was owned by the Rayonier paper products company, and they had written permission to use this land.  The place, located around 60 miles outside of Savannah, was right near the Altamaha River in Jesup, GA.

A train came barreling down the tracks while they were filming the movie, killing one and injuring six in the process.  There is some question about whether CSX knew that there was filming happening on their tracks.  They issued a statement saying that they were cooperating with investigators and that they were deeply saddened.

It wasn’t clear, either, whether the crew was caught off guard by the train that approached.  “That’s a very active track,” said investigator Joe Gardner. “There’s probably anywhere from up to 10 trains a day that go through on these tracks.”

In complex cases like this, it helps to have a lawyer on your side. There’s nothing which holds us back from getting to the truth and the best settlement. If you’ve been involved an accident where you are not at fault, please give us a call.  Our lawyers are on the case.