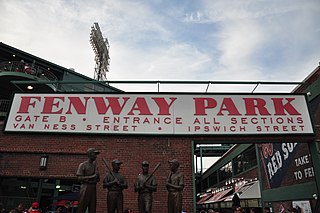 People in their daily lives should be able to expect a certain amount of safety. Life will never be completely free of danger, but regulations and failsafes and many other measures exist to remove as much of the danger as possible. Unfortunately, all of these are vulnerable to human failing. When these failings result in injury, or even death, the ones responsible should be the ones to pay for that failing. Legal compensation is the means that makes this possible.

A woman was hospitalized after falling down an elevator shaft at Fenway Park in Boston, authorities say.

The elevator doors opened on the fourth floor, media sources report, but when the woman stepped through, the elevator was two floors below. She fell two stories down the shaft onto the roof of the elevator.

The fire department shut down the power to the elevator and rescued the unconscious 22-year-old woman through the hatch on the elevator roof.

According to media sources, she was taken to a local hospital, where she was listed in critical but stable condition.

The cause of the accident remains unknown, and it wasn’t the first. In 2011, an advertizing executive was killed when she was caught in an elevator door and dragged into the shaft when the elevator started to rise. Also in that year, a 48-year-old California woman was crushed when she tried to get out of an elevator stuck between two floors.

If you’ve been injured through the mistake of another, you don’t have to pay the bills and suffer through recovery alone. At Hofland & Tomsheck, we’re here to help. Contact us for a free consultation and we’ll fight hard to make sure justice is done and just compensation is delivered.