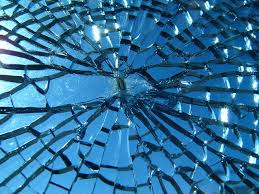 It was an otherwise uneventful Sunday afternoon.  Nneka Geter, 42, was working to provide for her family by getting a broker’s license, but now she won’t have a chance to use it.  On her way home from church, her and her family were in an accident with a 17-year-old driver. It killed the mother at the scene.

This tragic event placed all of the family’s plans in jeopardy.  What to do now? Where to go from here?  There were at least two kids who were in the car with Nneka Geter – her 16-year-old daughter and 18-year-old son.  The daughter is recovering nicely and is expected to be released soon.  The son is still in the hospital with severe injuries.

The intersection near Tropical Parkway and Durango Drive will forever hold bad memories for the Geter family, as it was at this intersection that everyone’s life got turned upside down.   Nothing can replace the loss of a loved one in an accident, and nothing can really fill that hole that was ripped open on that day.

While no one is able to bring back the children’s mother, we are able to help them answer some of the many questions about payment that have most likely already come up.  Who’s going to pay for the hospital bills?  How are we going to get the best settlement?  These questions, and more, are most likely riding on the Geter’s minds.

If you’ve been injured in an accident, give Hofland & Tomsheck a call for your free consultation.  There’s nothing that can replace lost family members, but there are always choices which can be made that will offer some solace.