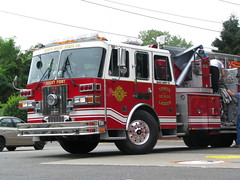 The aftermath of an accident is often the worst part. While the accident can take mere seconds, it can leave behind destruction, injury, and even death. The emotional trauma alone can take some time for recovery. When physical injury and damages are involved, it can take weeks, months, sometimes even years to set everything right again, or at least to get back to a daily routine. The victim should never have to bear the costs of these things. That’s where legal compensation comes in.

Police were called to the scene of a crash involving three cars near Nellis Boulevard and Flamingo Road.

The accident occurred a bit before 11 in the morning on a Saturday. Three injured people were taken to Sunrise Trauma, and their conditions are currently unknown.

According to investigators, the driver who likely caused the crash is a 17-year-old boy. He was cited by the police with unknown charges.

One side of Nellis Boulevard was briefly shut down as the police cleared the scene and tended to the victims.

If you or a loved one has been the victim of an accident caused by another, you may need compensation you help you pay the bills. We can help you at Hofland & Tomsheck. Call us immediately for a free consultation and we’ll fight for your right to receive the help you deserve.