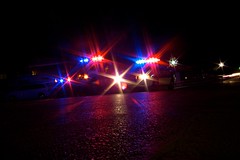 An accident is always a traumatic experience, whether major or minor. There can be injury, damage to property, maybe even loss of life. All of these require someone to take responsibility and pay for the harm caused, so the victims do not have face financial suffering in addition to everything else. Legal compensation is the means through which those who cause accidents can be held accountable.

A bus driving down a California highway through a remote stretch of desert hit some metal pipes that had been scattered across a road on a dark night. The bus slid down an embankment and overturned, resulting in the death of four people and seriously injuring at least seven others.

The pipes had come from a flatbed truck only a minute or so earlier. The truck had drifted into the dirt median on Interstate 10, the main road between Southern California and Arizona, according to the California Highway patrol. The vehicle jackknifed, spilling its cargo over the road.

At around 2:15 in the morning, not far from Blythe, near the Arizona border, the truck spilled the pipes over lands in both directions, some of them as long as 50 feet. That part interstate was shut for nearly two hours after the accident.

The bus was traveling from El Paso, Texas, to Los Angeles. Authorities believe the bus was carrying around 30 passengers at the time. Seven of the passengers were rushed to the hospital to be treated for injuries, and 14 others were treated for lesser injuries, according to a CHP officer.

Neither driver was injured.

You’ve been in an accident and you need compensation. We want to help you at Hofland & Tomsheck. Contact us today for a free consultation. Not only are we skilled in legal matters, we understand what you’re going through and want to make sure you have everything you need for your recovery process.